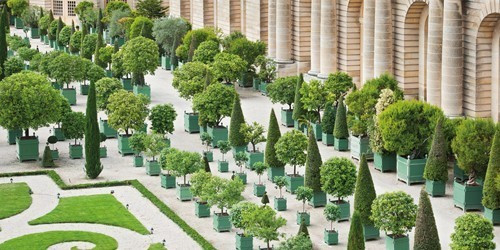 Jardins du Roi Soleil carries on the tradition initiated by Le Nôtre recreating orange tree boxes for the Palace of Versailles and for prestigious French and international clients. 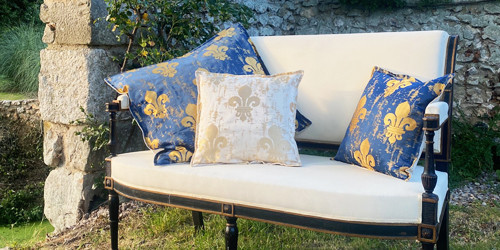 The palace of Versailles has teamed up with two French brands, Le Lissier and Gaëlle Constantini, both specialised in upcycling, to give a second life to the exceptional fabrics used in the scenography of the "Hyacinthe Rigaud ou le portrait Soleil" exhibition. This collaboration led to the creation of two exclusive collections: the first of sneakers and the second of picnic accessories and decorative objects. The designs and cut of each item are different, making each product unique. 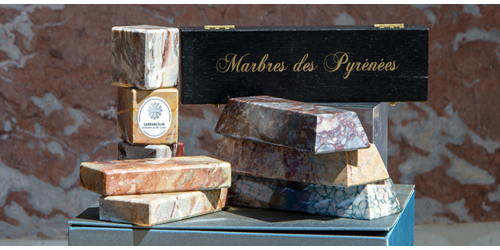 The marbles of Versailles

An ostentatious decorative material that was much appreciated by Louis XIV, marble was used in the most sumptuous rooms at Versailles. Sarrancolin, Campan, Brèche de Sauveterre and many other types of marble are now used in the works by La Maison des Cailloux, official supplier of the Palace. 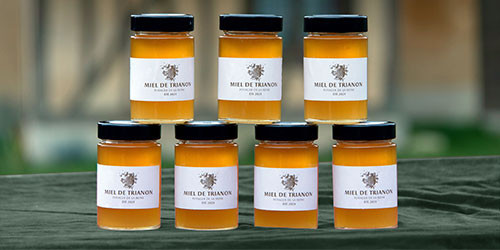 The Honey of Trianon

Discover the honey from the Queen's Vegetable Garden, with flavours of lime tree and chestnut, a source of protection for local bee species and the biodiversity on the Estate of Versailles. 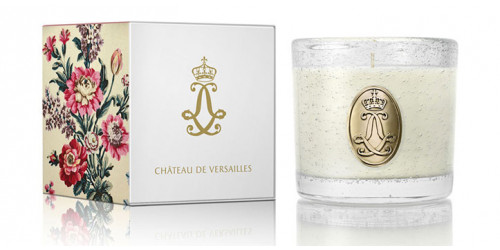 The palace of Versailles has chosen Maison Berger for its licensed collection of scented candles and diffusers inspired by the iconic places and characters of the palace of Versailles and its estate. The wax for the candles is hand-poured in the purest tradition of French waxmakers, and the verrines are cane-blown by master glassmakers 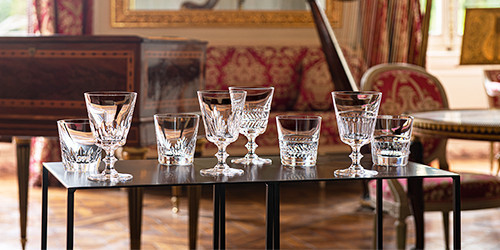 For more than 250 years, the Palace of Versailes and the Saint-Louis crystal works have carved out a friendship in crystal around The Table and, in doing so, have contributed to promoting the glowing reputation of France and its exceptional craftmanship. Four centuries in the making, the Palace of Versailles is a symbol in itself of the French art of living – the product of royal style and the expertise of the Crown's manufactures.
In 1767, Louis XV himself signed letters patent conferring the name of Saint-Louis on the glassworks, in honour of Louis IX, as well as the title of "Royal" manufacture and a coat-of-arms, a crown. This invisible thread has been reinforced over time and through crystal creations. 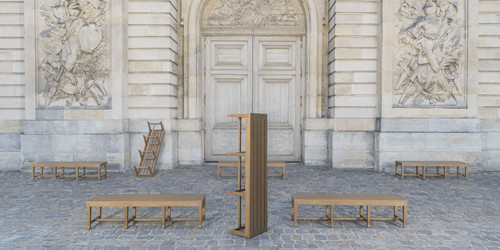 The French brand Tectona has been at the forefront of outdoor furniture design since its creation in 1977. It inspired from two oak stable benches in the Palace of Versailles heritage collections to design the Versailles Great Stables bench. 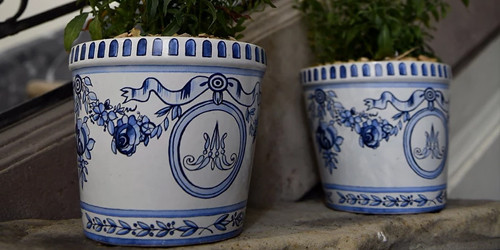 Since the end of the 15th century St. Amande en Puisaye has been a placerenowned for its potteries - and indeed allacross the world. The Pottery NORMAND is the oldest manufacturer in St. Amande and is still producing today. Founded in 1736, this company, certified EPV (Business of Living History) is situated in the Nièvre area, in the heart of a pleasant village and near the stoneware museum. 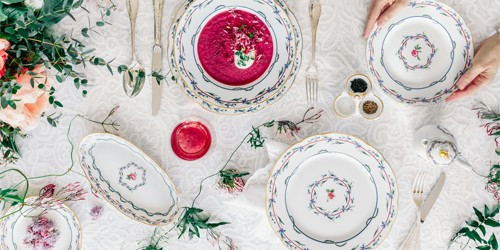 Over the generations, Bernardaud has become internationally famous in French decorative arts and luxury products. The company has been associated with Limoges porcelain for over 150 years. 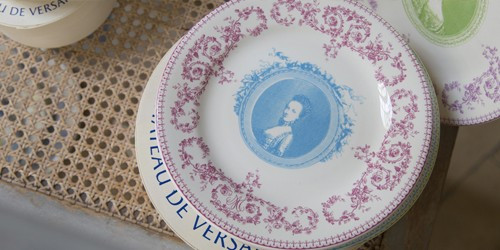 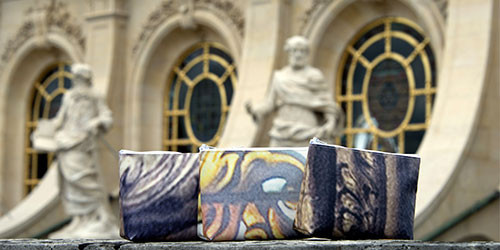 The Palace of Versailles recycles its exhibition banners and creates in collaboration with Bilum, limited series of bags and accessories. 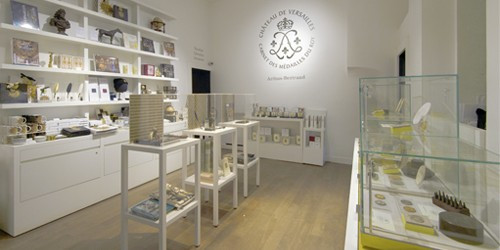 The museum’s reserve collections hold many medals bearing witness to Versailles’ history over the centuries. To replicate them, the Palace invited the Maison Arthus-Bertrand to go through its numismatics archives. 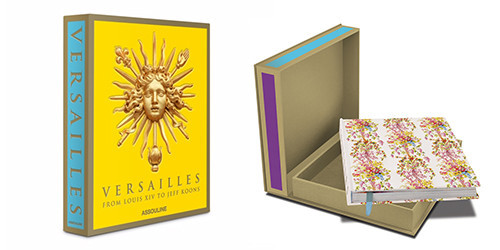 The Maison Assouline and the Palace of Versailles show you the most famous palace in the world through archive images and beautiful photographs. This book written by Catherine Pégard and Mathieu Da are available in English only. 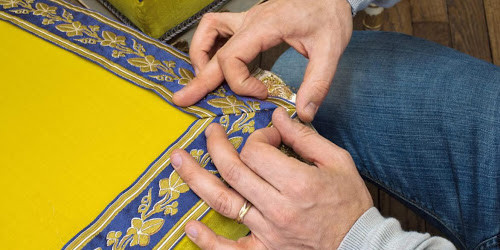 Information to join the brand licence program of the Palace of Versailles.