This documentary uses the latest scientific and technological advances to explore the Palace's architectural past and bring Louis XIV's long-lost Versailles back to life.

Versailles was an ongoing building site at the time of Louis XIV and continued to be transformed by its successive occupants later on. The Versailles we know today only vaguely resembles the Versailles of the Sun King. Most of its original features and apartments no longer exist. Thanks to the digitisation of thousands of plans, a team of scientists takes us back in time to explore this forgotten past in a new way, through a large-scale reconstruction project to bring back the Versailles of Louis XIV as he designed it, according to his requirements and dreams.

The film showcases current scientific research to rediscover the spaces and décors of the lost structures and explain the Palace’s origin. Archival research, supported by archaeological digs and exploration of the Palace itself, have made possible the reconstruction of a previously unknown Versailles using extremely precise and realistic computer-generated images. The documentary also presents fictional scenes to bring to life the spaces that disappeared so long ago.

Co-production: Gédéon Programmes and the Palace of Versailles 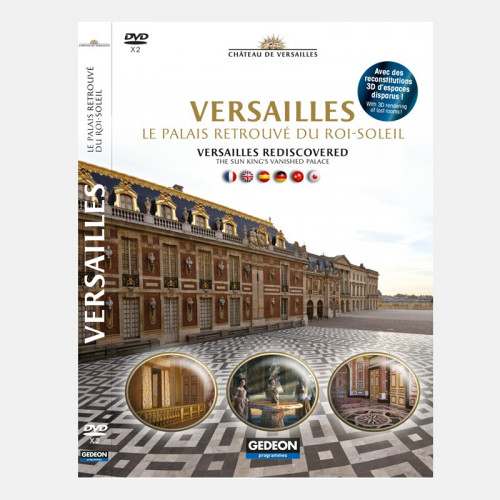