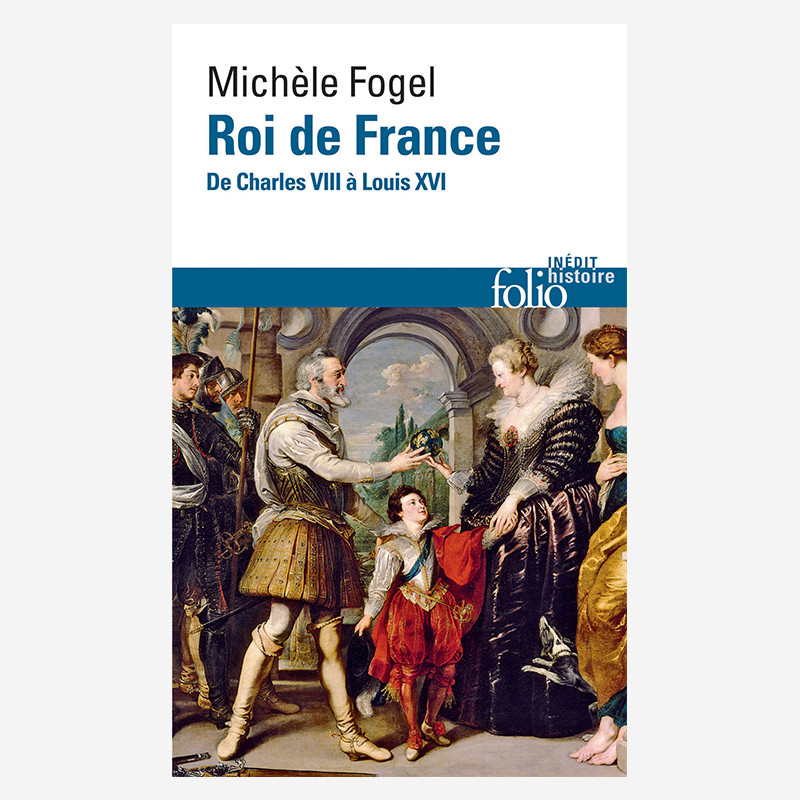 What does it mean being king of France? The question of false evidence. Michèle Fogel responds to it by identifying the own sovereignty. It is first the unexpected accession to the crown, as if the inheritance principle was defined earlier (lineage, blood, and a legacy circumscribed: United, Crown Estate, Crown), it takes with demographics that, by death, redistribute seats in the order of succession. Hence the importance of marriage, both matrimonial alliances and obligation of reproduction as soon ritualized the wedding day by a ceremonious entrance into the marriage bed. The elevation (for the coronation in Rheims) must mark the distance from the subjects: sovereignty is affirmed by the magnificence of ornaments, entertainment, exposure to subjects, but also and primarily by the solitary exercise of power . Being king is a profession, that of war. Such is the singular portrait that emerges from the study of kings and queens, of Charles VIII to Louis XVI.